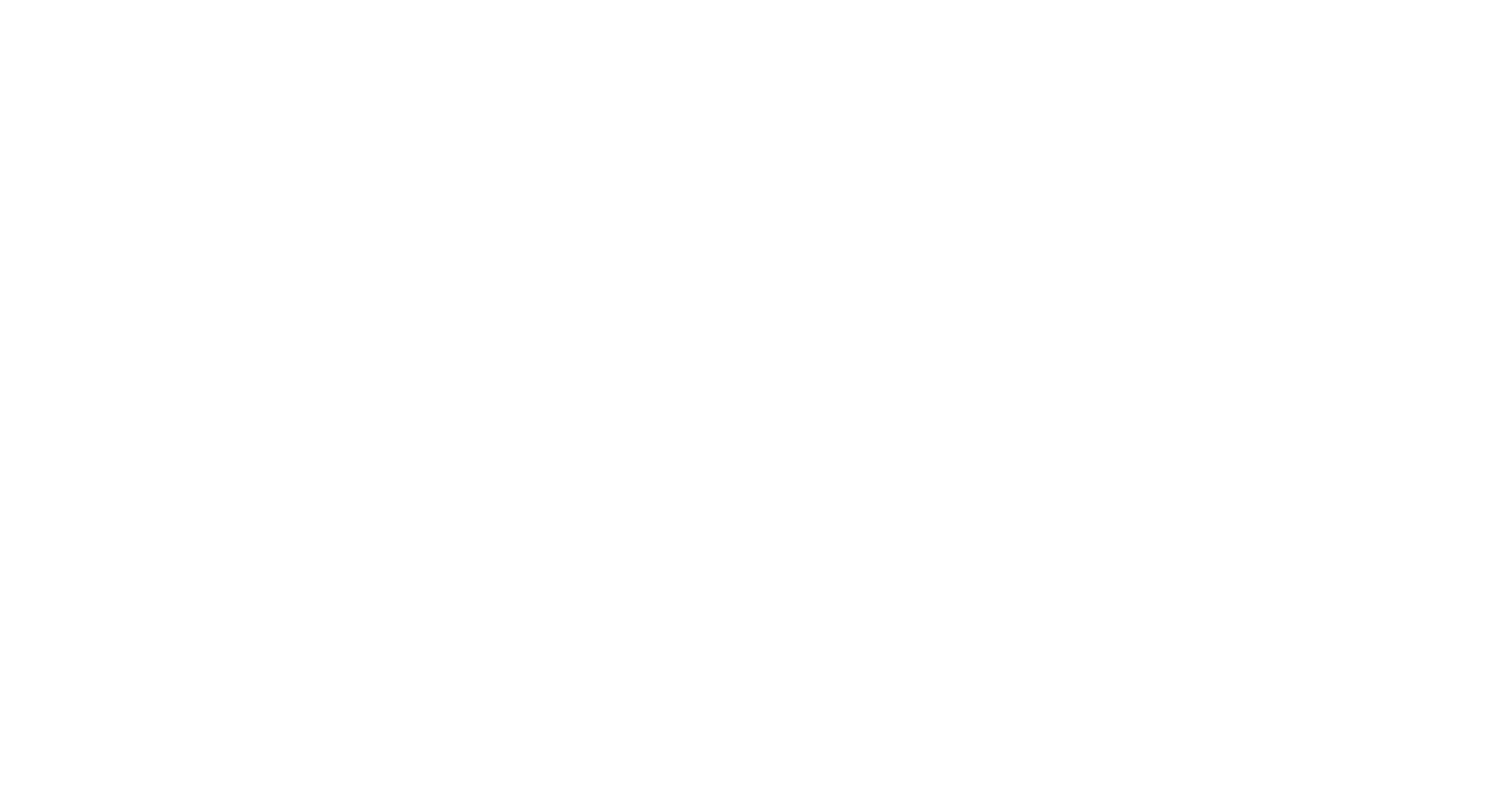 WILLOUGHBY, Ohio – When the doors open to Milestone’s auction gallery on Saturday, October 15th, an energized – and eclectic – group of bidders is expected to rush in, grab a coffee and take a last-minute look at the merchandise they hope to bring home.

There will be those who collect automotive advertising and memorabilia, perhaps to display in a man cave. Classic car collectors are expected to turn out for 20th-century motoring gems like a 1931 Cadillac Fleetwood Limousine, a 1936 Packard 1407 Coupe, or a showy 1956 Chevrolet Corvette C1 Convertible. Hunter-gatherers in search of elusive car parts, hood ornaments and radiator badges will be there, as will buyers of jukeboxes and coin-op machines; salesmen’s samples, pottery and stoneware, and art glass lamps. Additional categories of interest include figural match holders, Coca-Cola trays and signage; coins and currency; movie posters, shaving mugs and more.

Approximately 500 lots in the sale come from the holdings of the late Mark Smith. Literally dozens of collecting categories are represented.

As Milestone Auctions co-owner Miles King explained, Mark Smith was no ordinary collector. “He liked and collected all sorts of things. He was in the car industry in Virginia, so it was natural for him to collect automobilia and racing mementos. Also, over the years he built up a huge inventory of rare car and motorcycle parts, which are like gold to motoring enthusiasts. People from all over the country have been calling about those parts, many of which have not been manufactured for decades and are very hard to find.”

Joining the Smith collection at auction are several choice classic cars, including a sleek 1936 Packard 1407 Coupe that exudes Jazz Age swagger and Art Deco style. Complete with a V12 473-cubic-inch 175hp engine and original 3-speed transmission, it has a clean, straight, Dietrich-style body and a kicky rumble seat. “It’s in excellent condition and runs so smoothly, you can hardly hear the engine when it’s running,” King said.

The 86-year-old Packard has obviously been babied, as its odometer shows only 64,033 actual miles. It has many more miles to go, and its new owner will surely be pleased that it conveys with an extensive assortment of extra parts. Estimate: $120,000-$150,000

Expect to attract attention if riding around town in the 1936 green and black Cadillac Fleetwood Limousine entered in the sale. It has a V12 368-cubic-inch engine that runs beautifully. It’s clean, straight, and has a smooth-running 3-speed transmission. A spacious and comfortable car, it retains its original leather front seats and cloth rear seats, making it a dream to ride in as a passenger or to drive on the chauffeur’s day off. “This limo easily could have been a movie star’s car in its day. It’s a real beauty and a blast to drive,” King said. Estimate: $40,000-$60,000

A rare example of the Chevrolet model that was the envy of many who grew up in the postwar era, a 1956 Corvette C1 Convertible is one of only 3,467 of its type produced that year. It is an older repaint that has acquired a natural patina over time, making its finish virtually indistinguishable from original paint. The classic American sportscar has its original Powerglide automatic transmission and a snappy red interior that perfectly complements its black and silver exterior. The pre-sale estimate is $50,000-$70,000. Also noteworthy is a 1992 Chevy Camaro Z28 1LE 25th Anniversary Coupe, which is entered with a $10,000-$15,000 estimate.

Hundreds of automotive parts, primarily from the 1930s, will be up for bid, including lights, mirrors, coils, carburetors, windows, gauges, clocks, valve covers, grille inserts and much more. The current market value of a rare single-cylinder cutaway motor for a 1916 Model K Indian motorcycle, condition 9 out of 10, will be determined by bidders on auction day. It is entered with a broad estimate of $100-$10,000.

Collectors of early car-brand mascots and hood ornaments will find a plentiful selection from which to choose. Bentley, Packard, Duesenberg, Lincoln, Cadillac, Jaguar and Mercedes-Benz are among the brands represented, most having individual estimates of $100-$10,000. A unique automotive treasure, the 1930 Goodyear Second Annual Zeppelin Race Winner’s Award is made of cast aluminum profusely decorated with images of cars and other forms of transportation. It also carries a $100-$10,000 estimate.

The nautical category features one of the finest ocean liner advertising signs ever to be offered by Milestone Auctions. The 39- by 28-inch lithographed tin sign depicts Cunard Lines’ historic RMS Mauretania (sister ship to the ill-fated RMS Lusitania), which held the distinction of being the world’s largest ship until the 1910 launch of the RMS Olympic. The Mauretania remained in service until it was retired in 1934 and scrapped the following year. This extremely attractive sign is in exceptional condition and could set sail for $2,000-$4,000.

Coca-Cola signs, trays and promotional items are led by a rare 1903 Coke tray with the image of a renowned performer of the day, Hilda Clark. It is marked “Chas. W. Shonk & Co. Chicago” and graded VG-Excellent. The 9¾-inch tray is estimated at $3,000-$5,000.

Several highlight items recall the American way of life at the turn of the 20th century. A goat wagon with iron wheels, seat and pull handle is nicely paint-decorated with a side panel that reads “The Badger Farm Wagon.” Estimate: $800-$1,500. An original circa-1900 Gustav Dentzel (Philadelphia) carved prancer carousel horse displays period if not original paint, an open mouth, glass eyes and a flowing mane and tail. Its estimate is $2,000-$4,000. Nine coveted salesmen’s samples replicate such items as a grain separator, furnace, copper stove, and chest of drawers. A very rare 16-inch-long sample for a walk-behind, horse-drawn cultivator with large spoked wheels and movable iron sections could fetch $3,000-$4,000.

Art-glass lamps include designs by Tiffany, Bradley & Hubbard, Wilkinson and Pittsburgh Glass. From the latter manufacturer, a lovely, all-original table lamp with a shade reverse-painted in the Autumn Leaves pattern has expectations in the $1,000-$2,000 range. A fine selection of pottery includes pieces by Weller, Rookwood and Fulper. A marked mid-1930s Van Briggle footed vase, 11½ inches tall, is handsomely adorned with three bas-relief faces of Native Americans. Its pre-sale estimate is $600-$1,600.

Milestone’s October 15, 2022 auction will be held at the company’s gallery located at 38198 Willoughby Parkway, Willoughby (suburban Cleveland), OH 44094. Start time: 10 a.m. ET. All forms of remote bidding will be available, including absentee and live online through Milestone’s bidding platform or LiveAuctioneers. For additional information on any item in the sale, call 440-527-8060 or email info@milestoneauctions.com. Online: www.milestoneauctions.com 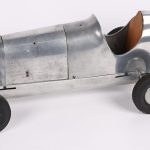 Antique toys are on a roll at Milestone Auctions, with a fresh offering ready to impress on Sept. 24Auctions 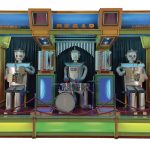