DENVER, Pa. – Ever since the first Model A car rolled off Ford’s assembly line in 1903, America has had a fascination with cars. Now, nearly 120 years later, that attraction has become more of an obsession for the legion of collectors from coast to coast who covet signage, gas pumps, globes and other service station equipment from motoring’s golden era. Morphy Auctions is the destination of choice for hobbyists seeking antiques of exceptional quality, condition and authenticity. They’ll have their next chance to bid and buy on Tuesday and Wednesday, March 29-30 at the central Pennsylvania company’s Automobilia, Petroliana & Railroadiana Auction.

Nearly 1,500 lots will be offered, with day one primarily focused on railroadiana from a major central Ohio private collection plus two other advanced collections from Southern California and Montana. Train buffs will definitely want a boarding pass for this 400-lot session, since everything to be auctioned is fresh from those collections, which were amassed over 30 to 40 years. The comprehensive auction lineup includes locomotive number plates, signs from legendary railroad lines, train stations and depots; signals, whistles, fire alarms, bells, locks, lamps, headlights and two dozen desirable railroad lanterns, many with colored-glass lenses.

A wealth of railroad history is represented in just three letters: MKT. Established in 1865 under the name Union Pacific Railway, Southern Branch, MKT grew to become an extensive rail network that served Missouri, Kansas, Texas (hence “MKT”) plus Oklahoma. Nicknamed “the Katy,” MKT merged with Missouri Pacific Railroad in 1988 and is now part of the Union Pacific Railroad. Collectors clamor for bright, clean MKT signs like the single-sided die-cut porcelain sign in 9.0+ condition entered in Morphy’s sale with a $3,000-$5,000 estimate.

Antique railroad lanterns with ruby, cobalt and clear-glass globes start at Lot 1059, distinguished by a variety of shapes and other design elements. One of the best is Lot 1064, a CT Ham No. 39 bell-bottom railroad lantern with richly colored signal-green glass and the words D&H Railroad Co., nicely embossed on its lid reflector. The patent date 1902 is faintly embossed around the top fitter. In excellent condition, it is estimated at $1,000-$4,000.

Perhaps no other sound captures the exciting atmosphere of a railroad yard quite like the ear-piercing squeal of a steam whistle. Two dozen whistles are featured in the sale, including a Crosby bronze three-chime factory steam whistle measuring 40½ inches high by 13 inches in diameter. Only a few dozen in this size were ever produced by Crosby, and very few have survived. Collectors will determine its price on auction day, with a broad $2,000-$15,000 estimate as their guide. The last 150 lots of the Tuesday session will introduce the main automobilia and petroliana section to follow on Wednesday.

Morphy’s Automobilia & Petroliana department head John Mihovetz said he expects bidding wars over many of the gas pump globes chosen for the March 30 lineup. “We focus on fresh-to-market goods in top condition. Veteran collectors always aim high and set their sights on rare pieces in great condition, but younger buyers, who have learned well from the more-experienced collectors, are starting off on the right foot and buying with rarity and condition in mind from the get-go. They’re choosing quality over quantity for their collections.”

Artful imagery is everything when considering a gas globe, Mihovetz said. One of the auction’s superstars is an outstanding, original circa-1930s Western Motor Gasoline globe lens with the image of cowboys riding horses across a Southwestern landscape. It measures 13½ inches in diameter and, importantly, it has its original red ripple Gill body. “Any red ripple body would be in great demand because it can display lenses so well. I have only seen a globe of this type with the red ripple body once or twice before at auction. The one we are offering is in 9.0/8.9+ condition and estimated at $20,000-$30,000.”

Also poised to leap to the top of prices realized is a fantastic 15-inch Gilmore Red Lion Gasoline single-globe lens issued in the 1930s by Gilmore Oil Company, Los Angeles. As the brand’s name suggest, its mascot is a ferocious red lion, in full stride with its mouth agape and claws extended. Over the past 10 years, a globe of its type has only appeared for public sale a couple of times. The one offered by Morphy’s is in 9.0 condition and would be all but impossible to improve upon. $15,000-$25,000

Another appealing mascot from the animal kingdom is Hancock Oil Company’s strutting red rooster identified as “Cock O The Walk.” The flamboyant fowl’s highly detailed feathering, along with its distinctive lettering, identify the globe as an early version from the 1930s. With the added desirability of representing a (Long Beach) California petroleum company that once had service stations all over the West Coast, the globe lens commands a $4,000-$8,000 estimate.

Bidding is sure to take off when Lot 2560 is announced. It’s an outstanding (8.9+ condition) example of the ever-popular Aviation Gasoline single-globe lens from Marland Oil Company of Ponca City, Oklahoma. “Aviation is a whole sub-genre of gas and oil advertising, just as racecars are,” Mihovetz said. “It has been going strong for as long I have been in the business.” The 13½-inch lens has an eye-catching red and black graphic of a biplane flying above the clouds, its propeller whirring. The auction estimate is $10,000-$18,000.

The centerpiece of any gas and oil advertising collection is, of course, a vintage gas pump, and they don’t get any better than the Wesco Model 212 in Morphy’s sale. It’s a large-bodied pump with a clock face, brass nozzle and bevels; and three different Visiglas lenses at the top. “You just never see one of these pumps. In fact, I can’t recall ever seeing one at auction,” Mihovetz said. “This one has undergone a super-nice restoration with Hancock Gasoline livery. I can think of four or five of the country’s biggest collectors who would fight for it, and it wouldn’t surprise me if it sold for double its $15,000 to $30,000 estimate.”

Collectors also avidly seek gas station signage, racks, product containers and literature from the days when a driver could pull up to the pump and buy a gallon of gas for pocket change. One of the top service-station-related lots is a rare 45-inch round Signal Gasoline double-sided porcelain sign with a black background and traffic-signal graphic; yellow lettering, and red trim. Its manageable size is unusual, as most signs of this type are 72 inches in diameter. With sides graded 8.25+/8.0+, this sign should have no trouble reaching $6,000-$12,000 at auction.

Another visual gem is a 1930s Polly Premium Motor Oil 1-quart can with a multicolor graphic of a parrot on its perch. A product of the Wilshire Oil Company of Los Angeles, it boasts 9.0 condition and has a $3,000-$5,000 estimate. An extremely rare single-sided porcelain sign advertising Hercules Motor Oil – an early Los Angeles brand that probably didn’t survive the Great Depression – is described by Mihovetz as “overall, one of the best examples I’ve ever seen – when you see it, you have to buy it, because you probably won’t have another chance.”

Car dealership signs are always in demand, especially if they’re as rare and sought after as Lot 2013, a 42-inch-diameter Cadillac Authorized Service double-sided porcelain sign with the brand’s crest and “deep V” graphic. “This one’s going to be a crowd fave,” Mihovetz said. “It’s originally from a dealership in Mississippi and has retained high gloss and strong 9.0+ condition. I think we’ll see it go for a high price.” Estimate: $12,000-$22,000

More than a dozen neon gas and oil-related signs will be auctioned, among them a 66-inch-long illuminated porcelain example promoting Evinrude Outboard Motors. It depicts a man in a boat crossing the water, with the neon rendering a subtle “floating” effect. Graded condition 8.9+ condition, it has a $10,000-$15,000 estimate. However, Mihovetz predicts that, like the Cadillac sign, it will surpass expectations, “perhaps by quite a wide margin.”

Morphy’s Tuesday and Wednesday, March 29-30, 2022 Automobilia, Petroliana & Railroadiana Auction will be held live at Morphy’s gallery, 2000 N. Reading Rd. in Denver (Lancaster County), PA 17517, starting each day at 9am ET. All remote forms of bidding will be available, including live via the Internet through Morphy Live. View the fully illustrated auction catalog online at www.morphyauctions.com.  For questions or to make an appointment to preview the auction goods, call 877-968-8880 or email info@morphyauctions.com. 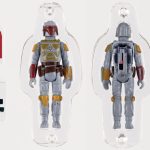