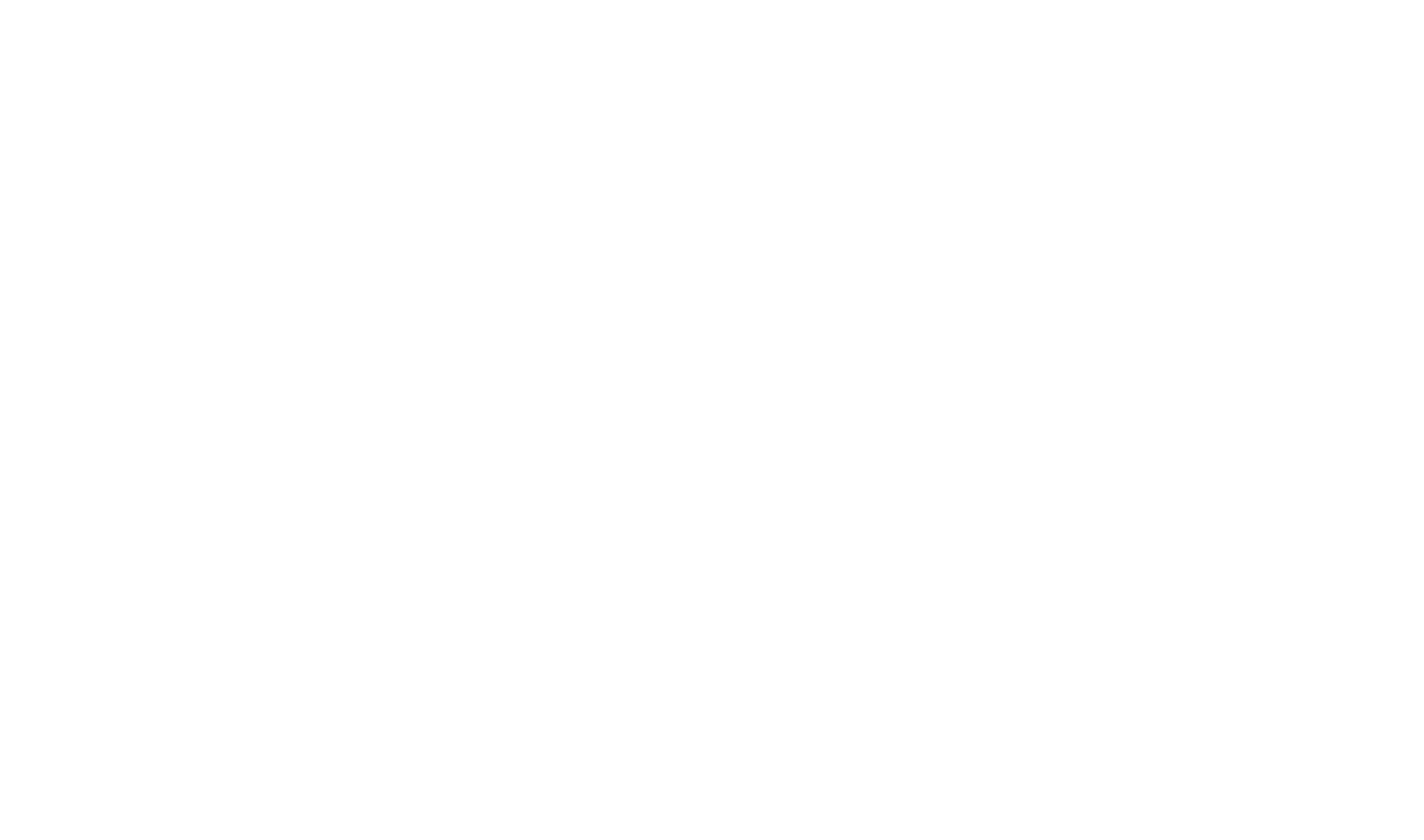 DENVER, Pa. – Many a great toy and bank collection is highlighted by rarities acquired from Morphy’s, which still holds the world record for the highest-grossing one-day toy auction of all time. Many would recall the record-setting event: Morphy’s 2007 sale of the legendary Stephen and Marilyn Steckbeck bank collection, which drew national TV crews to the Pennsylvania gallery and knocked down an astonishing $7.7 million.

Since then, Morphy Auctions has continued to bring exceptional toys to the marketplace with price points to please both advanced collectors and motivated beginners. The fun will continue on August 9-10, 2022, as Morphy’s hosts an exciting Toys & General Collectibles auction featuring the types of antique and vintage toys and banks that are most desired by today’s collectors. In addition to live bidding at the gallery, all remote forms of bidding are welcome, including absentee, by phone, and live via the Internet through Morphy Live.

The wide-ranging robot category features outstanding examples from the famed Simeone collection, which was exhibited in Italy and illustrated in a companion book several years ago. “We’re very pleased to be able to include some of the best robots in our August sale,” said Tommy Sage Jr, Head of Morphy Auctions’ Toy & Doll Division. “Among the top lots from that collection are a Robby Space Patrol, estimated at $3,000-$5,000, and a Masudaya Gang of Five Radicon Robot with its original box, which has a $6,000-$9,000 estimate.”

From another consignor comes a SY Japan battery-operated Electroman Robot. With its opening-and-closing mouth and a red-gel light-up chest revealing pistons and spinning wheels, the whimsical bump-and-go robot is expected to attract a winning bid of $50,000-$100,000.

Alongside Electroman is another member of Masudaya’s dynamic Gang of Five: Machine Man. One of only about eight known to exist from the original small production run of 1960, it is in beautiful condition and accompanied by its excellent original pictorial box. “It came straight out of a house in Pennsylvania,” Sage said. “You never know where they’ll turn up, but collectors have been scouring the Earth for Machine Man robots for decades, so it’s a very big deal when there’s a new discovery like this one.” Auction estimate: $60,000-$90,000

Rare, esoteric, and very cool, a “Pinocchio Atomico” plastic robot comes with its original box and even the small battery that was specially produced for it. Estimate: $2,000-$4,000

The extraterrestrial lineup continues with a highly sought-after 1950s Italian-made robot-form gumball machine. Seldom encountered, machines of this type have no trouble selling for $3,000-$6,000, since they are pursued by collectors of chewing gum-related items as well as robot fans.

Also worthy of special mention is an extensive and very fine collection of toy space guns. Wonderfully colorful, these toys were interpreted in a variety of styles by manufacturers around the world as early as the 1930s but primarily during the 1950s-1970s. A highlight of this collection is a Pyrotomic Disintegrator space pistol estimated at $2,000-$4,000.

An extremely nice collection of 1970s/’80s Japanese comic character toys, the majority with their original native-language boxes, will be available. Most are die-cast but a few are tin windups. “These toys were mostly made by Popy and their Japanese competitors, although some were made in Singapore or Macau specifically for the Japanese market,” Sage said. “They were never marketed in the United States or elsewhere, so if they ended up here, they had to have been brought here directly from Japan.”

One of the sale’s featured highlights is the 100-lot Donald J Clayton playset collection. Many of the sets were made by Marx, like the 1960 Johnny Ringo Western Frontier set estimated at $4,000-$6,000. “It’s one of the most sought-after playsets. I don’t think very many were made,” Sage said. Another rarity is a set based on the popular 1960s TV crimefighter show The Untouchables. Its estimate is $1,200-$1,800. The Clayton collection is “one of the best of its type ever to come to auction,” Sage said. All of the sets will be offered with no reserve.

Yet another single-owner collection earning high praise from Sage consists of perennially popular Aurora model kits. The long list of coveted kits includes a gigantic unbuilt Frankenstein in its original box, $1,200-$1,500; a sealed, boxed Vampire, $800-$1,200, plus a boxed Mummy, $250-$500. Four sealed model kits, each representing a different member of the Beatles, will be sold as one group lot with a $1,000-$1,500 estimate.

More than 200 mechanical banks will cross the auction block, led by a very scarce circa-1881 HL Judd Co (Connecticut) “Seek Him Frisk.” When a coin is inserted into the tree stump of this beautiful, action-filled bank, the dog bolts after the cat, which evades the canine by swiftly climbing up the tree to safety. Estimate $40,000-$80,000. Other cast-iron favorites include a circa-1880 Kyser & Rex Roller Skating bank, $15,000-$20,000, and a circa-1886 J&E Stevens Monkey and Coconut bank whose condition Sage describes as being “dead mint – the best I’ve ever seen.” The pre-sale estimate is $10,000-$15,000. In addition to cast-iron mechanicals, the selection includes cast-iron still banks, plus lithographed-tin and German spelter banks. The auction assortment is so broad, collectors stand a very good chance of discovering the banks they’ve been seeking to fill vacant slots in their collections, Sage said.

Comic books and ephemera will be front and center in the pop culture portion of the sale. Leading lots include Marvel’s February 1974 Amazing Spider-Man #129 comic book featuring the first appearances of both The Punisher and The Jackal, CGC 9.6, $9,000-$12,000; and a coveted October/November 1952 first issue of Mad magazine. Published in a comic-book format, the pre-magazine-style issue was written almost entirely by editor Harvey Kurtzman with illustrations by him and four other artists (Wally Wood, Will Elder, Jack Davis and John Severin). CGC-graded 9.0, Mad #1 is expected to sell in the $9,000-$14,000 range.

Metal model airplanes of a type mostly seen in travel agencies during the 20th century are very much in demand but rarely turn up at auction. Morphy’s will present a collection of 15 to 20 such airplanes in their August sale. A United Airlines Boeing 247 airplane table light has a $2,000-$4,000 estimate, while a massive United Airlines long-range Boeing 377 Stratocruiser model meant for desk display has a $20,000-$30,000 estimate. The plane is a cutaway design, meaning a portion of the fuselage has been left open so the interior, with its two passenger decks, are visible. This impressive piece even retains its original wooden crate.

Morphy’s Tuesday/Wednesday, August 9-10, 2022 Coin-Op & Antique Advertising Auction will be held live at Morphy’s gallery, 2000 N. Reading Rd., Denver, PA 17517, starting both days at 9 a.m. Eastern Time. All remote forms of bidding will be available, including absentee, phone and live via the Internet through Morphy Live. For additional information on
any item in the sale, call 877-968-8880 or email info@morphyauctions.com. View the fully illustrated catalog and sign up to bid live online at www.morphyauctions.com. 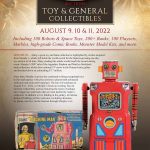