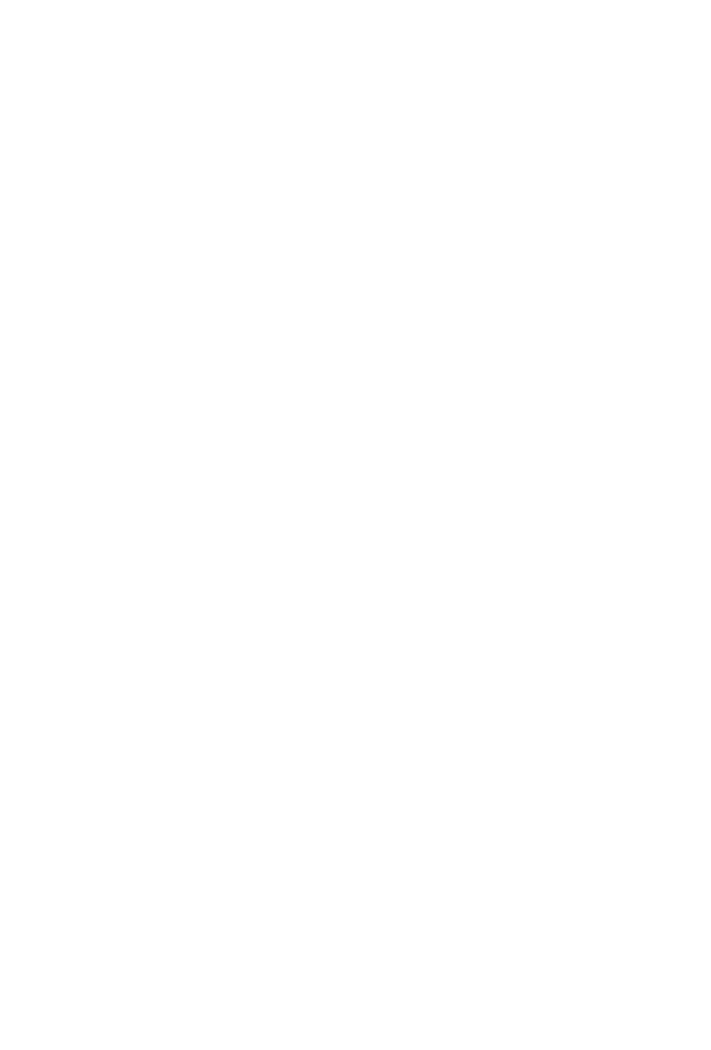 Above: Circa-1904 Caille Bros. 5-cent Roulette floor-model slot machine with seven coin-slots. Fresh to the market after being purchased from The Las Vegas Club hotel and casino in the 1970s. The finest original Caille Roulette machine Morphy’s specialists had ever seen, it sold at the midpoint of its pre-sale estimate for $246,000.

DENVER, Pa. – Beautiful coin-operated machines of a bygone era joined forces with stellar antique advertising this month to produce an auction payday at Morphy’s that exceeded $2 million. The Nov. 3-5, 2022 sale featured more than 1,600 premier lots with a common thread that was best explained by Morphy Auctions CEO Tom Tolworthy, a noted coin-op expert who personally cataloged the auction.

“Once again, it was shown that condition drives performance, and the best pieces outperformed the market in all categories,” Tolworthy said. “With the coin-op category, we continue to see new collectors entering the market, hungry for great pieces to add to their collections, as proved by the price realized for the Caille Roulette.”

Made in 1904, the Caille Bros., 5-cent Roulette floor-model slot machine to which Tolworthy referred was a marvelous, untouched original example that had been in the same collection since its purchase from The Las Vegas Club in the 1970s. A breathtaking combination of exceptional artistry, craftsmanship and mechanical ingenuity, its rich quartered-oak cabinet was handsomely embellished with nickel-plated iron castings and outfitted with seven coin-slots. “Original machines of its caliber are seldom seen at auction,” Tolworthy observed. True to expectations, the “Roulette” attracted 12 bids before settling at $246,000, the midpoint of its $200,000-$300,000 estimate.

A Mills Novelty Co., musical upright slot machine manufactured between 1900-1902 displayed great visual appeal with its carved details, a rainbow-colored “Mills 20th Century” disc on its façade, and ornate nickel-plated iron castings throughout. The machine was designed to accept quarters in Its elaborately decorated eight-way coin head. It sold near the top of its estimate range for $22,140.

Early music machines prompted questions from fascinated previewers at Morphy’s gallery, perhaps none more so than an early 1920s Mills Deluxe Violano-Virtuoso with dual violins that played simultaneously and flawlessly. Designed for Mills Novelty Co., by a brilliant young inventor named Henry Sandell, the Deluxe Violano-Virtuoso was designated by the US Government as one of the greatest scientific inventions of its age. Displaying the perfection and sound quality that come from a meticulous three-year restoration, it sold comfortably within its estimate range, for $63,960.

Completely restored and ready to perform, a fresh-to-the-market Regina Style 37 music box changer was offered with more than 20 playable discs. Activated by a crank at the side of the cabinet, disks can be viewed while playing through the bow-front glass and walnut door, no doubt a thrilling experience for spectators of a century ago, as it is today. The machine sold above estimate for $23,370.

Antique advertising and breweriana collectors were charmed by a pair of very rare Imperial Brewing Co., beer trays with bear artwork. Each of the trays promoted a brand from the Kansas City, Mo., brewery: Imperial Seal, and Mayflower, respectively. Both trays were adorned with amusing images of a family of four bruins – the mother carrying a picnic basket and holding a drinking glass, and the father toting a satchel of beer bottles but stopping momentarily to down one of the beverages. Together, the trays sold for $11,070 against an estimate of $1,000-$3,000.

A single-sided porcelain sign advertising Sweet-Orr Overalls, Pants and Shirts, with outstanding graphics and bright yellow coloration, proved that a picture is worth a thousand words. With the slogan “On the job since 1871,” its depiction of union workers in a tug of war graphically showed the strength of the company’s “union made” pants at the center of their tussle. Against an estimate of $2,000-$3,000, the 30-inch-wide, condition-9 sign sold for $7,380.

An icon of mid-20th-century design, a Seeburg V200 jukebox was an excellent-plus example of the first 200-selection machine made by the legendary Chicago vending machine company. Displaying sleek glass and chrome that was remarkably free of scuffs, scratches or dings, the jukebox offered by Morphy’s was ready to play 45 rpm records, just as it did in 1955. It sold for an above-estimate price of $10,455.

Prices quoted in this report are inclusive of 23% buyer’s premium. 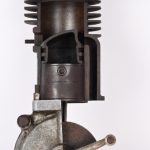 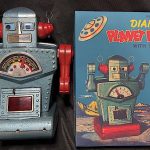 Milestone beats Santa to the punch with a Dec. 10 Winter Toy Extravaganza of the ‘rarest, finest toys’ the Cleveland auction house has ever offeredAuctions